Domain LiveJournal.com was registered on April 15, 1999. The same year, the cult movie "The Matrix" was released, the 6 billionth inhabitant of the Earth was born in the city of Sarajevo, and Britney Spears' debut single Baby One More Time topped the world charts.
On April 15, 2021 LiveJournal turns 22 years old! LiveJournal celebrates its birthday and gives you a card with a bright event that happened the year you started your blog!

What happened in your life the year you started your blog?

Wishing everyone a happy and magical Holiday Season and wonderful New Year! 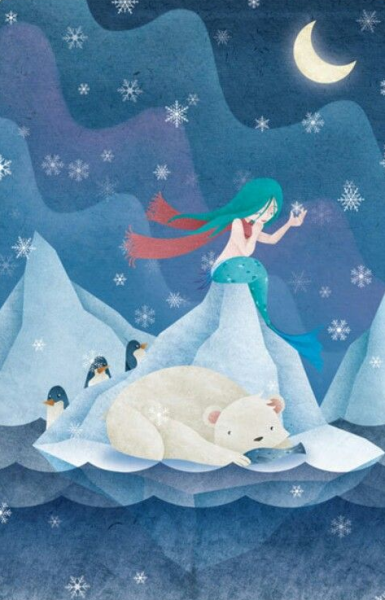 No idea who the illustrator is but this is one of my favourite winter seasonal art pieces.

On Saturday we went to the Yoga Show and Conference...just the vendor part as the actual classes cost $$. We walked around for a few hours and most the vendors were the same. Saw Kelly from Sacred Gemstone who came in from Vancouver and also talked to the guy at Hamsa Heaven about crystal grids. Joy from Joyous Health was there too. Got some free samples lol. Tried Hawaiian "kona" coffee - ok technically it was just a sip - but it was delish and very mild. No after affects either that I get with normal coffee.

Lots of great things to buy but when you're not working and have no money you file these things away for someday. So maybe next year I can get that new yoga mat I need or some of the yoga pants/tops I'd love to get.

On the down side...the crystals were so overpriced. One woman was selling laser cut clear quartz crystals as phantom quartz and when I said where's the phantom - she has the audacity to say that you can't see the phantoms in all pieces but they have bits of minerals inside them. I said to her "um...ya that's inclusion quartz not phantom quartz". She gave me a dirty look. I walked away. You can try to fool the noob but I've been working with crystals since I was about 12...so 40+ years experience has advantages....don't question my expertise on cyrstals EVER!

Came home and later watched the movie Mortal Engines which is based on a YA series of 4 books and the movie was so much better than I thought it would be...really interesting plot and characters. Will take the books out of the library in the not too distant future.

On Sunday went to the library to return a book and saw they were holding the Toronto Storytelling Festival - its last day of festivities. I'd missed the First Nations stories earlier but was able to attend the Legends and Myths of Scotland - all about a dark doctor and a fairy of the sea instrument which I forget what it's call now. As well as French Canadian folktales of ghosts, werewolves and the Devil.

They hold it annually. Pretty cool for a free event! 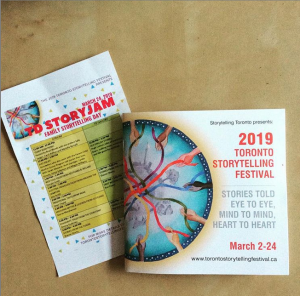 I'm back after a long long hiatus. Dealing with lots of things affecting my life. Missed updating but had to take care of me. Things are on the mend - ish I hope.

This past weekend I went to the Gem Show with LC. Got two things - a clear pendant in the shape of a comma (love/hate relationship with the gramatical comma lol) which is for writing as well as a coral fossil piece that was too good and too cheap to pass up! Didn't even cost $10 for both. I wire wrapped the pendant myself. Af first I though it was rose quartz but on further inspection it might be clear quartz. Either way....
I still have to program it with intention but will be using it as a focus for writing. 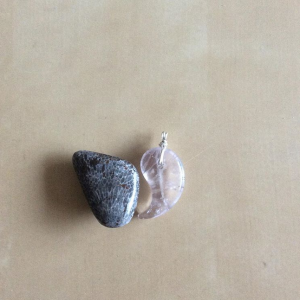 August - December...contract position UofT:
Haven't updated in ages. Just wasn't up to it. The contract position at the University came and went. It was frustrating as they have no plan for training. You were expected to guess what to do. They left a document that didn't give information on who to contact or where to find the info just what was required in the position. Makes no sense.

Tired of working at a job. Want to write - only thing I don't find stressful and makes me happy. Universe doesn't think so...or that's the message I get. Again doesn't matter nothing does.

December...
Christmas came and went. Sil's brother Steven died suddenly at work heart attack was determined by the coroner. He died in the bathroom at his office. Feel bad for the guy who found him. Horrible. Sad all around. Police had to track down Sil. No next of kin listed.

January...
Was fairly uneventful. Brenda from the AD died. Jim Dunn told me over LinkedIn she was dying. Sad she had cancer. Awful disease. She didn't tell anyone. Guess she didn't want people to know. Char called to tell me she died too. Haven't heard from her for ages before that. I didn't go to the funeral.

Health issue flare up. First time ever. Need to lose all the stress weight. Life is hard.

Writing group started up again after 3 years. Anyways I started new story. Fun. thriller and I love my characters they all rock even the villains!

Strange hostage situ at my Dad's apt complex on the same floor a couple of doors down from him. Had me really worried but it ended peacefully it seemed. Lasted from 3am to about 9am. Nothing on the news. Stress. Too much stress. Falling apart

Pretty sure I'm going through a dark night of the soul. 99.9% sure. Nothing to do but feel, let it go, wait it out. Great.

Went down to the old neighbhorhood cinema this afternoon to watch Mamma Mia 2 (miss this theatre so much & it's cheap prices lol). General plot: Sophie is preparing for the grand reopening of the hotel she and her mum were fixing up following Donna's death a year earlier. Great flashbacks on Donna's life! Thought Lily James as young Donna was great. She got all of Meryl Streeps' mannerisms down pat! Everyone from the original movie is back better than ever, even Meryl who has a cameo. So much fun - lots of humour, singing and dancing! If you love Abba or you don't it's still a good time.

This morning I went the opening of Nordstrom Rack at Yonge & Bloor. We got free umbrella plus coffee and snacks.

Talked to some nice people in the line up since I was there all by my lonesome. LC had work.

The store is basically a glorified Winners with some designer stuff. Some of the prices are decent and some not so much but still in the average price range for that kind of store...not crazy expensive. So many of the products/brands are available in other stores so don't see what all the fuss & hoopla was all about really.

Just before they let us in some chickypoo was running around with a microphone (coudln't hear through the glass) as if she was performing on Much Music. She was doing some kind of pep talk and cheer. The staff looked less than enthusiastic about it half clapping, doing the hand 'n arm gestures. We joked in line about doing the hokey pokey and sell sell sell! People were laughing...

Later...said cickypoo would stand right at the exit to the cashiers blocking it and then back up effectively tripping me as I exited and then proceed to blame the sign, stating that it should be there, and she was going to move it as it was in the way. SIGH no...chickypoo, you were in the way, laughing with yer coworkers and basically not paying attention...don't blame the poor sign. Signism lol.

I nearly died of laughter/embarrassment when they entire store staff clapped upon opening as we were walking in. They were even filming it....really?

Big purchase was a $3.11 package of organic hand sanitizer sheets.

Might go back to purchase the inexpensive 3 drawer organizer so I can put my essential oils in it but need to measure to be sure they'll fit.

On the weekend I attended the Yoga Converence/Toronto Yoga Show at the MTCC because well...free tickets right.

Picked up a lovely petrified wood bracelet! Petrified wood is good for ancestral as well as nature and root work. 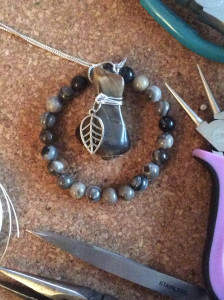 Yesterday, I decided to wrap (a newly learned skill needing work) one of my pieces of petrified wood (bought 18 years ago O_O ) to go with my new bracelet. (I knew that one day I'd do something with this little piece lol). 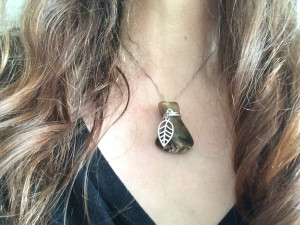 The energy is amazing with the 2 together and I experienced a different kind of earthing/grounding - strong and rooted. In addition to the stable and strong energies there was a no worries everything will be all right vibe about it plus a feeling of safety as if cradled in the arms of Mother Nature!
What perfect timing for it's use since I have exams to invigilate this week into next week. During this time of year, the students energy is heightened and I need to be a grounding authoritative force as they take their exams...so it's good to be rooted!

Had a great time at the Green Living Show...free tickets helped. Got lots of freebies and swag too. 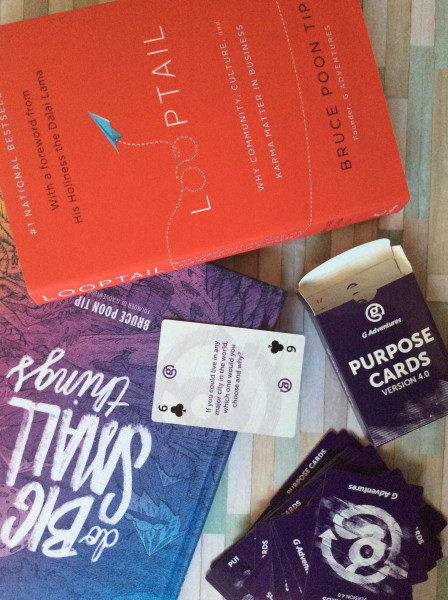